The overnight success of Oliver’s Real Food in 2019 racing has been one in the making for the last seven years.

The NSW based outfit, spearheaded by DS & Manager Sam Lyzell, is a fixture on the domestic National Road Series and a force to be reckoned with on the Asian UCI Race Circuit.

2020’s lineup features a string of riders who are in their second and third years with team, and are hungry for success at our Tour.

A former racer himself, Lyzell combines a cool head, race experience and slick management to offer one of the most progressive race programs in Australia.

We caught up with him to chat about Oliver’s Real Food Racing’s year ahead, their ethos and what the JHST might look like for them.

You have the rider depth and offer great stability for the team with some new and returning riders. Who’s your big additions to the Oliver’s line up in 2020?

One of the big additions for the team is obviously Liam White, he comes with a wealth of experience, he comes from Drapac’s holistic development program so he’s a very well rounded, complete athlete and he’s going to bring a lot to the table. Not only in experience but also in race knowledge, he will be doing a lot of things for the young guys coming through.

Another good pick up is Tom Bolton, who returns to us after doing a year in Drapac. He had a slightly disappointing 2019, by his own admission, and he’s hoping to pick it up and pick up where he left off with our team.

And we have also picked up two very exciting future prospects in the form of Riley Fleming after a breakout season with GPM-Stulz & from the Australian track program: James Moriarty.

You’ve managed to hold onto riders, offer them a pathway and grow their careers. What’s the culture of the team?

When you have a good group of people all working together towards a common goal, you get things done.

You’ve been on of the few teams whose name hasn’t changed every year, what does it mean to have ongoing support from Oliver’s Real Food?

To have the consistent support of Oliver’s Real Food especially over these past years on the domestic scene: It really is one of the good news stories of cycling… In a sport where things can be quite tumultuous in terms of sponsorships, Oliver’s have stood the test of time as they come into their eighth year partnering us and our fifth year as “Oliver’s Real Food Racing”.

It’s one of the longest standing team partnerships on the national circuit. It’s a tribute to Jason Gunn the Oliver’s CEO and the faith and vision that he shared with our team from the beginning, and the potential that the team had.

We’ve built this team from a small club team to one of the most competitive national level teams on the circuit. It’s a good news story.

Every year we get a little bit bigger, we grow consistency, we grow steadily, we don’t overstep the mark and the returns are only just starting to come through now in terms of results, but the hard work and the support of Oliver’s Real Food has always been there.

What are your plans and goals for the 2020 edition of the Jayco Herald Sun Tour?

Our focus is to be a factor in the race, in this race it’s such an open field with so many potential winners and so many different scenarios. The most important thing is that we are a factor in the race, and we also represent our sponsors and race aggressively and take the race to others. We are under no illusion that it’s going to be a tough tour, that being said however, we will look to be aggressive and present especially in breakaways.

“We’ve got Angus Lyons and Liam White who will want to perform well, and we’ve got Conor Murtagh, who nabbed a top 10 on a stage last year, and was really outstanding and will be looking to repeat that performance. So we’ve got a few options. You cannot discount it, and you see it time and time again: the local domestic guys on the domestic teams are a factor and they are not to be underestimated.”

Angus Lyons – One of the team’s GC riders, this Ballarat boy took out a second at the Tour of Indonesia in 2019. He’s carrying good form after Nationals so he’ll be one to watch in the hills.

Brendon Davids – Originally from Pietermaritzburg South Africa, Davids was a champion U23 mountain biker before he made the switch over to the road bike. He’s now in his second year with Oliver’s Real Food and a worker on the road.

Campbell Jones – Jones took out the NSW Road Premiership in 2019 with a stunning solo L’Etape Australia win. He loves the hills and will be a force in the high country.

Liam White – His first year with the team after coming over from Drapac, he has a strong presence on the road and will be one to keep the team together when the racing gets tough.

Conor Murtagh – Murtagh took out his first National Road Series win last year, and is showing a lot of maturity as a racer. He had a top ten finish on one of the stages at last year’s Tour, so we’re excited to welcome him back.

Sebastian Presley – In the month of January alone he has been doing some huge numbers in preperation for our Tour. His Strava currently sits at 2,336km!

Riley Fleming – The young 20 year is a promising up and comer within the Australian Domestic circuit. A top ten finish in the U23 ITT at nationals shows us that he has a big engine on him. He also took out the 2019 Tour of Bright. 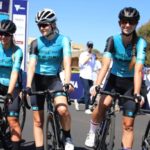 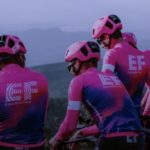